Cloister of the Town Hall 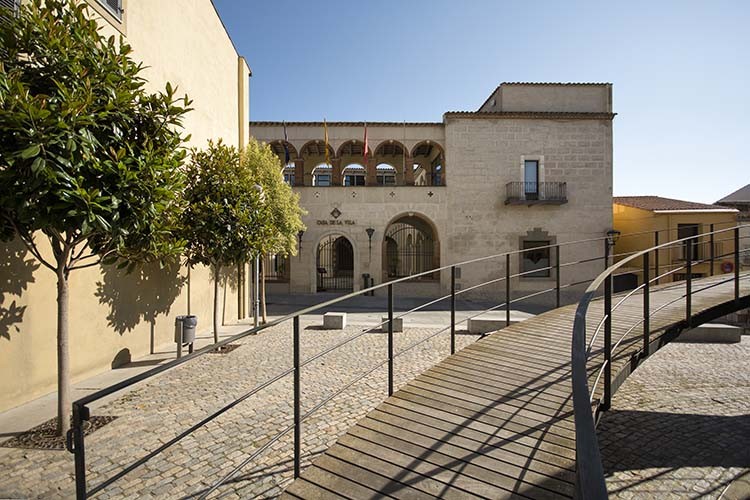 
The Convent of the Minim Friars of Francis of Paola was founded in 1610.

The three-storey building was structured around the cloister. On its foundation, the convent was granted a chapel dedicated to Our Lady of Piety, which is now the municipal theatre. The building ceased to function as a convent as a result of the ecclesiastical confiscations that began in 1835. It became the town hall in 1924.