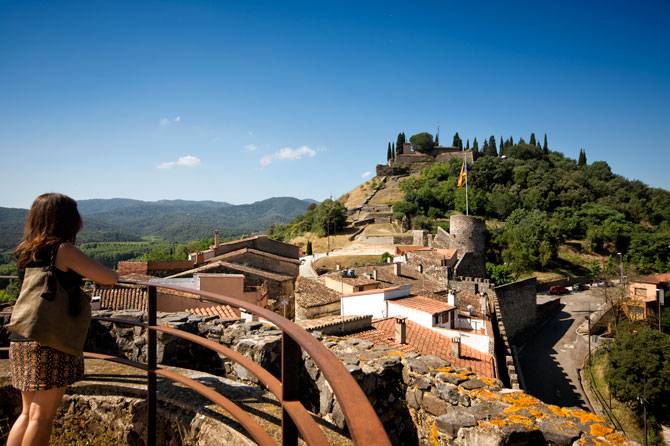 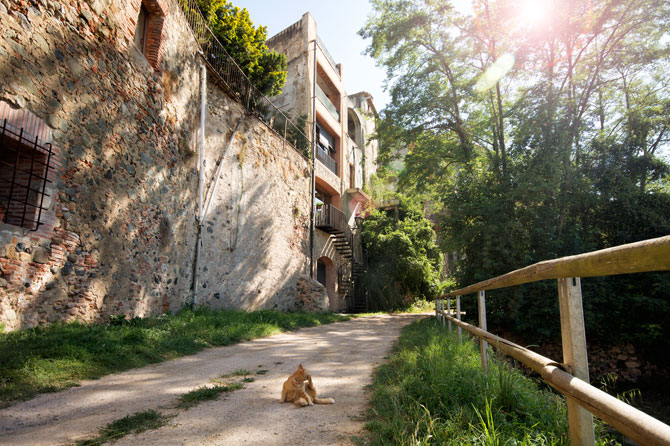 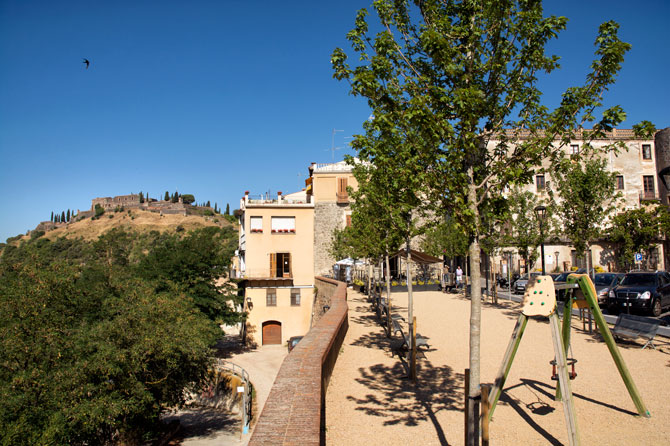 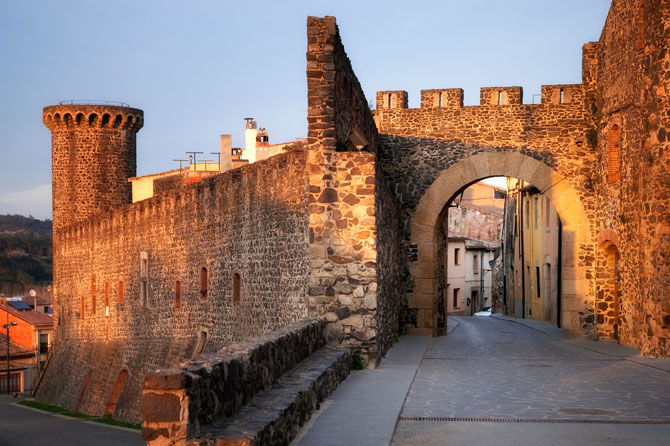 Listed as an Cultural Asset of National Interest (1963), the town of Hostalric is one of the major monumental sites of medieval Catalonia, and is presided over by an imposin 18th century military fortress.

Located on the top of an old volcano, the ancient medieval castle of the viscounts of Cabrera maintained control over the Royal road, half way between Girona and Barcelona. In the 17th century the castle underwent changes to adapt to new times and to the defence strategies of the modern period. For this reason, despite being a fortress, it is now commonly known as Hostalric Castle.

The fortress is the main identifying element of the village, and is currently one of the most significant cultural treasures of the 18th century, and one of the few architectural testimonies of the War of the Spanish Succession.

Hostalric castle is a military fortress built on uneven terrain with the typical defence elements of the period. Its bomb-proof gallery is considered as one of the most spectacular parts of the castle and one of the most unique in the whole of Catalonia. The highest part takes the place of the old medieval castle of Cabrera, and it is currently used for hosting events. These spaces are available for hire. Via the Interpretation Centre, it is possible to travel through time to learn about the functions and transformations that this monument has experienced throughout history.

Despite the reconstruction of the castle, the Middle Ages are still very present in the village of Hostalric. The medieval quarters boast nooks and crannies that are steeped in history and uniqueness. The spectacular city wall stretch across 600 metres and exceptionally conserved 10 towers mark its path. While walking around the wall, you will be taken back to Hostalric’s splendid medieval past, and climbing to the top of the Friars Tower will offer you one of the most spectacular views of the whole village.

The black colour of the basaltic stone that the wall, towers and castle are made of gives it a unique personality and extraordinary individuality.

For Rita, a local hostess at Hostalric, visiting Hostalric is a walk through history. Visit us and check it out!